T-SWAP EXTRA LEVELS NOW AVAILABLE FOR DOWNLOAD!  10 NEW LEVELS INCLUDING A NEW GAME ELEMENT; THE 'T-GATE'; A MYSTICAL GATE THAT ALLOWS THE PLAYER TO PASS YET BLOCKS THE T-GUN POWERS!

"...I really like it! It's challenging and charming, like a Gameboy game from the late 80s...Very clever level design :)" - /u/chaosweasel

T-SWAP (short for Time Swapper) is the Portal-like 2D puzzle game without portals that you have all been waiting for!

You can swap your time/speed with that of moving objects by shooting at them with your T-GUN. Let's see if you can get through all the 10 puzzles!

Words from the author:

Second attempt for the GBJAM 5. 160x144 resolution with only 4 colors. This time I submitted a puzzle game that uses "swapping of time" as its main element.

All images hand-drawn, all code handwritten, all sounds (except backgroundmusic) mouth-made(!) over the course of approximately 24 hours in total.

If you play it: thanks! If you let me know your thoughts that would be awesome of you!!

2016-10-06: Added a small UI on the top that displays current level and current speed. Also added a new level right at the start to allow players to more easily understand what they have to do in level 2 (the first actual puzzle room.)

2016-10-10: For all people that played this game and/or gave feedback, thank you very much! I will definitely be working on rebooting this game outside of the GBJAM context!

2017-02-23: Was thinking about rebooting this game, but due to other project ideas it might be easier to just expand the puzzles in this one, so question for you guys... (let me know in a comment / message)

Anyone interested in seeing levels with more mechanics? Or simply just more levels?

First 10 people get the new 10 levels for free!

Support this game at or above a special price point to receive something exclusive.

Why does the player slow down when he swaps? That's not even part of the puzzle, you're just making me wait for no reason. Also this grid basement movement is very slow

This game's idea is so nice. I got hooked.

Really nice game! I didn't read the description so I didn't know what it was about when I started to play, but I still managed to figure it out soon enough, and I felt very proud of myself.

Great to hear that the ingame 'tutorial' is good enough to start figuring it out!!

I'm interested in rebooting this game outside of the GBJAM concept so I'm looking for some more inept feedback. If you have some time I'd love to hear what part you liked most of the game and what part you hated the most. Thanks!

Well, I liked the whole idea of the game. The one thing that I did not like was how the player looked. It kinda looks out of place to me. More realistic than everything else.

May I ask you what you found most enjoyable and least enjoyable in the game? (trying to gather some information from players for an upscaled and improved reboot)

Well the ability to swap move speed with items is the most enjoyable and a concept that you can really build on. The least enjoyable was the slow movement speed of the player. I understand its part of the mechanic. But maybe instead of transferring the speed to the player, it transfers to the gun or something else, that way the player can still move at a normal speed.

I would appreciate some feedback on my GBJAM game. Thanks!
https://rohbert.itch.io/block-bridge-hero

was just starting to get into this and i walked through a wall and got stuck - level 5 walked through vertical wall at bottom middle. Just in case it's a fault you can fix. I think the player walked a bit too slow (ie. moving between moving walls was slow.

Thank you for leaving a comment! I will try to fix this bug!

I'm trying to gather some info on what players liked and disliked the most in the game for a sequel. Since you already mentioned moving slow was something you disliked, may I also ask what you liked most in the game?

This kind of puzzle game is allways addictive. Nice and creative mechanics for the puzzles, congratulations.

Thank you so very much for these kind words!

Want to give comments on what you liked most and what you hated most about the game?

what I liked most was the general mood: the tense and dark music that syncs with mobile bars sfx (like the mood of the original space invaders), and as the "mood" element interacts with the gameplay (slow character). Many puzzle games have that cheerful and light tone, but his is a great use of color (Monochrome GB), music, to passes a claustrofobic and oppressive sensation (including there the mysterious ball element that seems to control the situation). I can imagine that everything takes place in a dystopia, or a kind of macabre reallity show (movies like "The cube", and so on).

When the character is slow it bothers me at the same time contributing to the mentioned above. But it bothers a little the gameplay. Perhaps a chance to keep the tense atmosphere, and not and not hinder the gameplay, would be the character appear to respond slower, but in the truth he moves the same amount of pixels as before in the same amount of time. I do not know how you would do, nor if it would do such a difference. Anyway, is awesome that the slow character, and the the increase of tension in music, tells the player that he must be more careful about his moves.

So, it is a simple game, but it has enough gamedesign content. Congratulations.

Thank you very much for taking the time to play the game and writing this out!

Some really useful commentary, especially the part about the slow character movement. Seems like I need to brainstorm a bit more to find a good solution to keep the atmosphere but remove the annoying factor!

OK this is pretty awesome! I think there needs to be an indicator for what you've swapped so far. I couldn't work out if it was like portal and you shot one then the other, or your current speed got swapped with whatever you shot. If you had an icon in the bottom for what you'd be swapping with the next thing you shot, that might help make things more obvious.

Also HUGE improvement in presentation from the last one! Keep it up!

Thank you very much!

Yes, I was also thinking of making it more similar to Portal in which you have two fire buttons with two different portals ultimately linking them. For now I stuck with the "1 shot link" in which you use yourself as a carrier.

Would changing the background music help indicating your current state? Currently it does affect the sound you hear when you hit your gun, and your own animation and movement speed. I will look into creating some GUI element.

I wouldn't rely on sound, since it can be off or just unnoticed. If you're always swapping your current speed for the object you shoot, it can be part of the character or something in the corner.

I think there's a lot of possibilities for gameplay in the case that you're taking on the speed of what you shoot.

I actually updated the game with a new introduction level and more importantly a small UI that shows level and your current SPEED! I hope that allows for some more clear indication on what you should do in this game, and what is currently happening.

The new UI addition and the bit in the description (I may have just missed it before...) do a really good job explaining the premise! I got to level 8 before I had to get back to work. It's a lot of fun, a kind of puzzle I don't think I ever played before.

In level 7, I ended up swapping my slow speed to the big block at the top to get back around it, but once I had transferred the 25% speed to the small block that was blocking the exit, I didn't have anything to slow down the big block again! So I just tried to time it as best I can and ran past. It felt like cheating a little, but also like I figured out a secret.

This is some good stuff! I'm glad you kept at it. I gotta say this is LOADS better than the slasher game, and it really seems like something that should have been made for the gameboy.

You were so close to the end then, with the last three levels being (in my oppinion) the actual puzzles.

I'd have to take a look at that shortcut in level 7 :)

Unfortunately I won't have the time to work on it anymore over the weekend, so no updates for the Gbjam for this game (maybe afterwards I'll reboot the project)

Was a lot more fun to work on than Mr m too, but both were great learning experiences for me. Thank you for sticking with it and giving great feedback and kind words. I really appreciate it!

in the second part, the block moves too fast to move. congratulations for the work is pretty cool

Hey, thanks for checking out the game!

The idea of the game is to swap the time/speed of different objects. So whenever something is moving too fast you can slow it down by shooting at something slow, then shooting at the fast thing. Hopefully this makes sense!

EDIT: I've added an animated .gif on the game page that should explain it.

I had not picked up the idea of the game, I'm sorry, I'll try again, thank you

No worries! I'm really happy you're willing to give it another shot though! :) 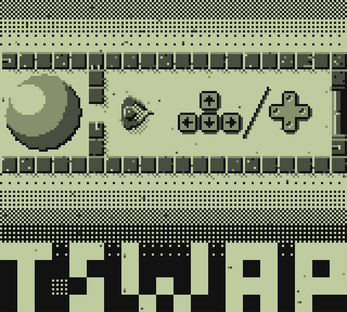 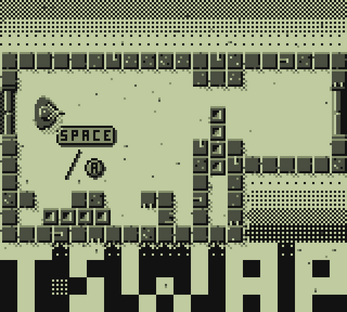 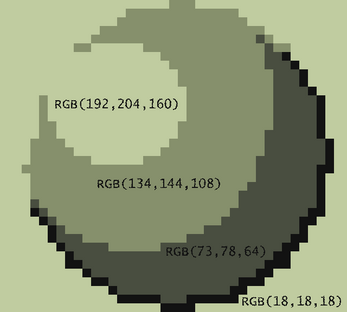 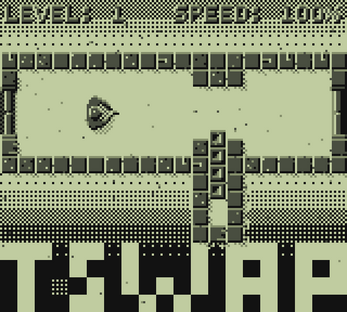 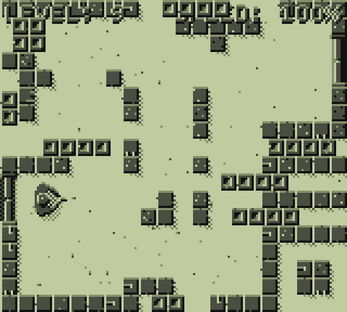